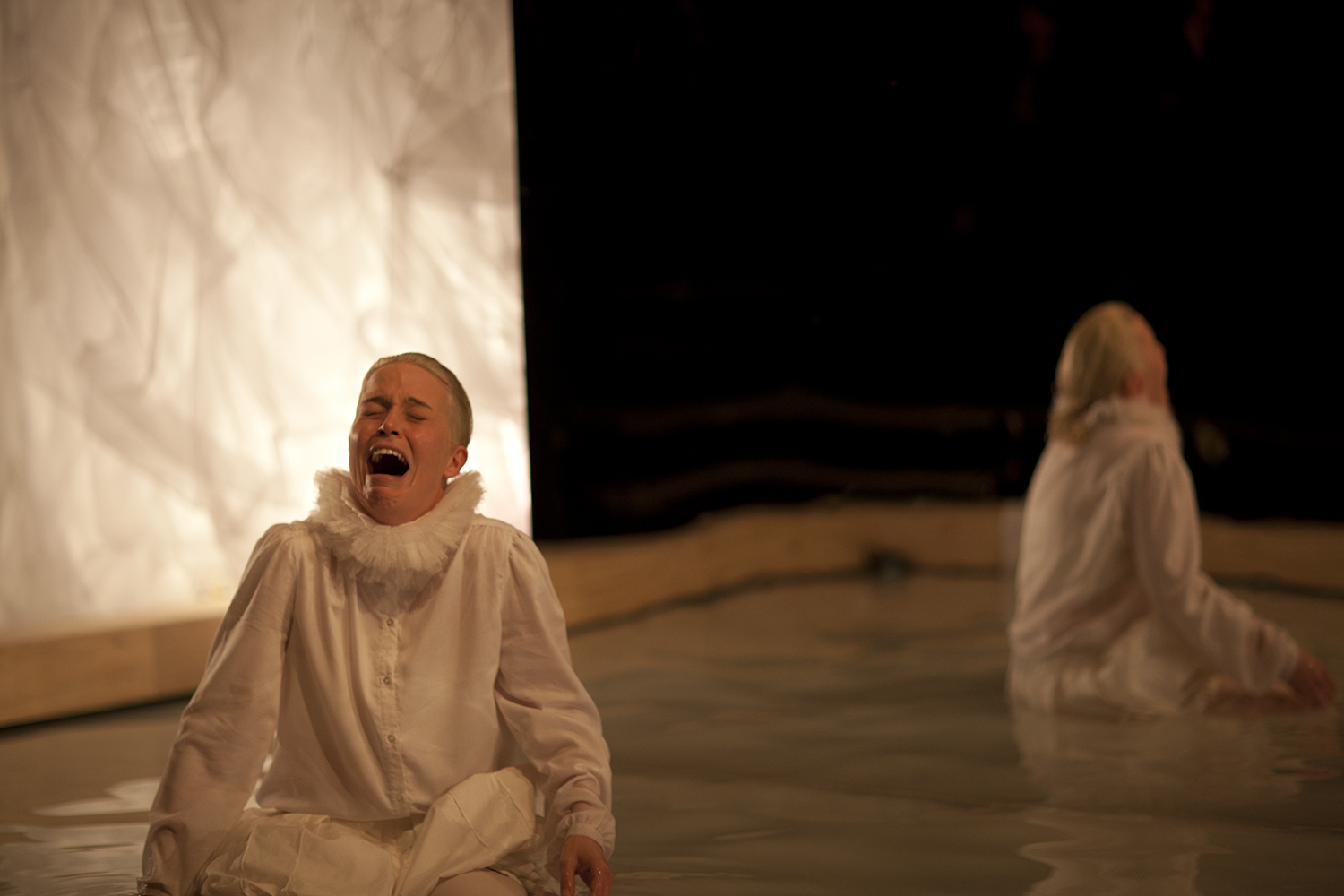 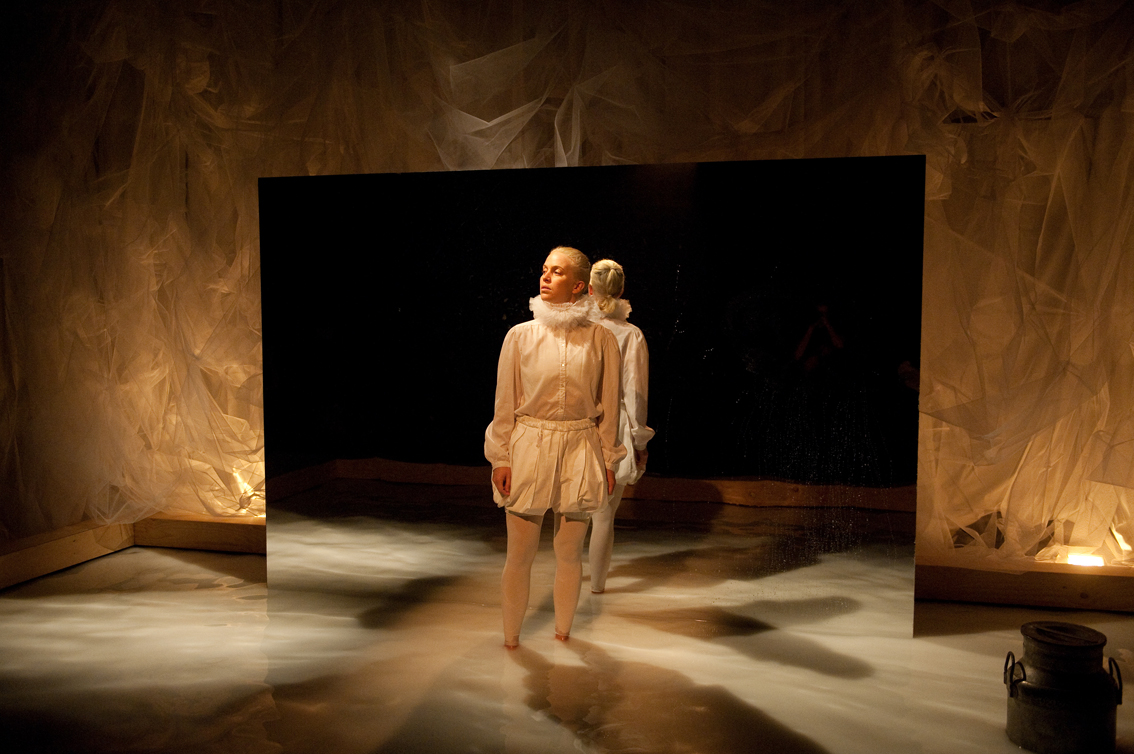 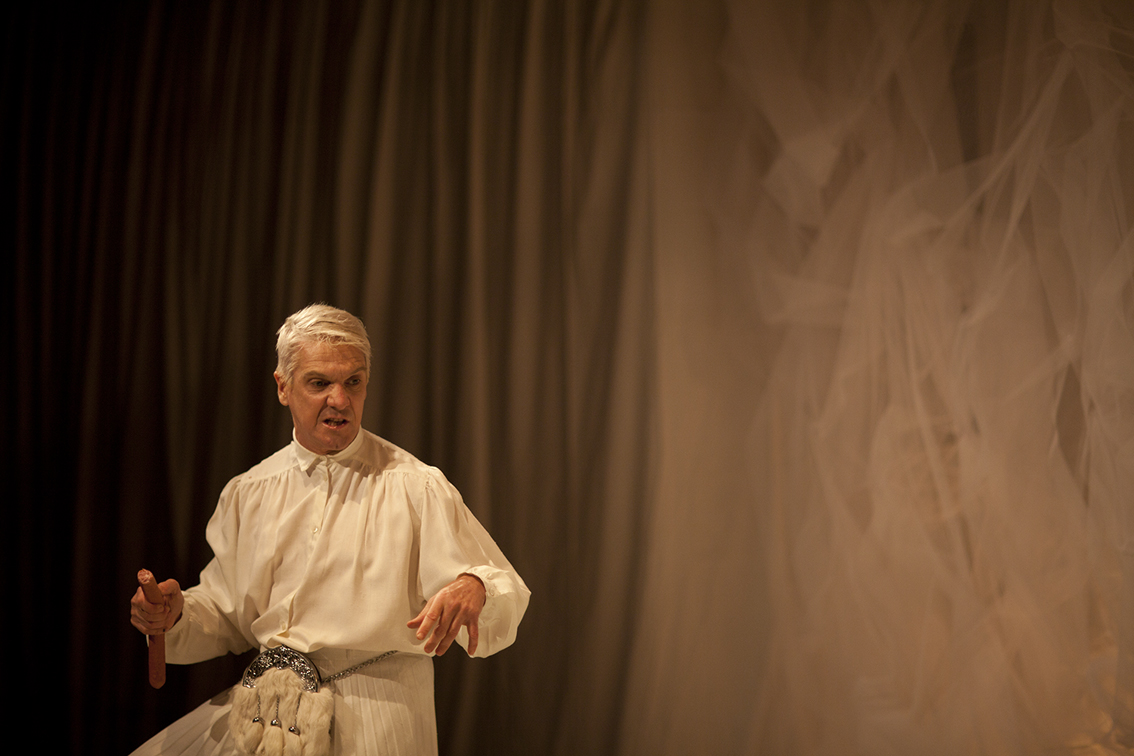 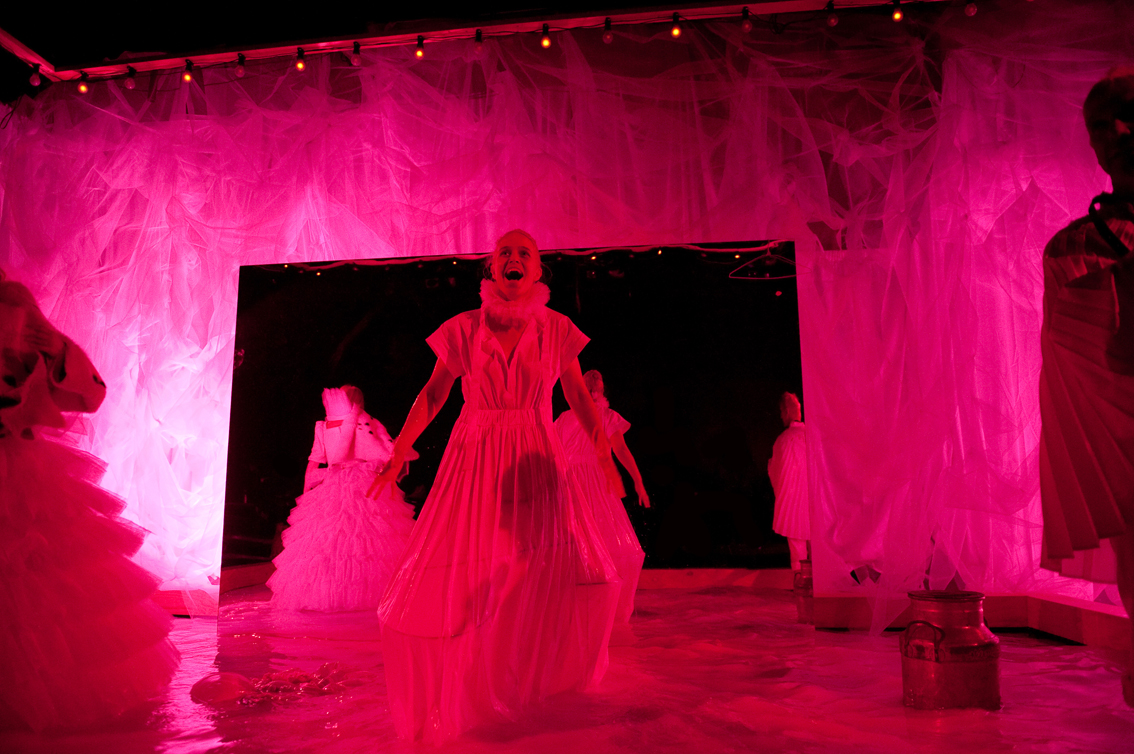 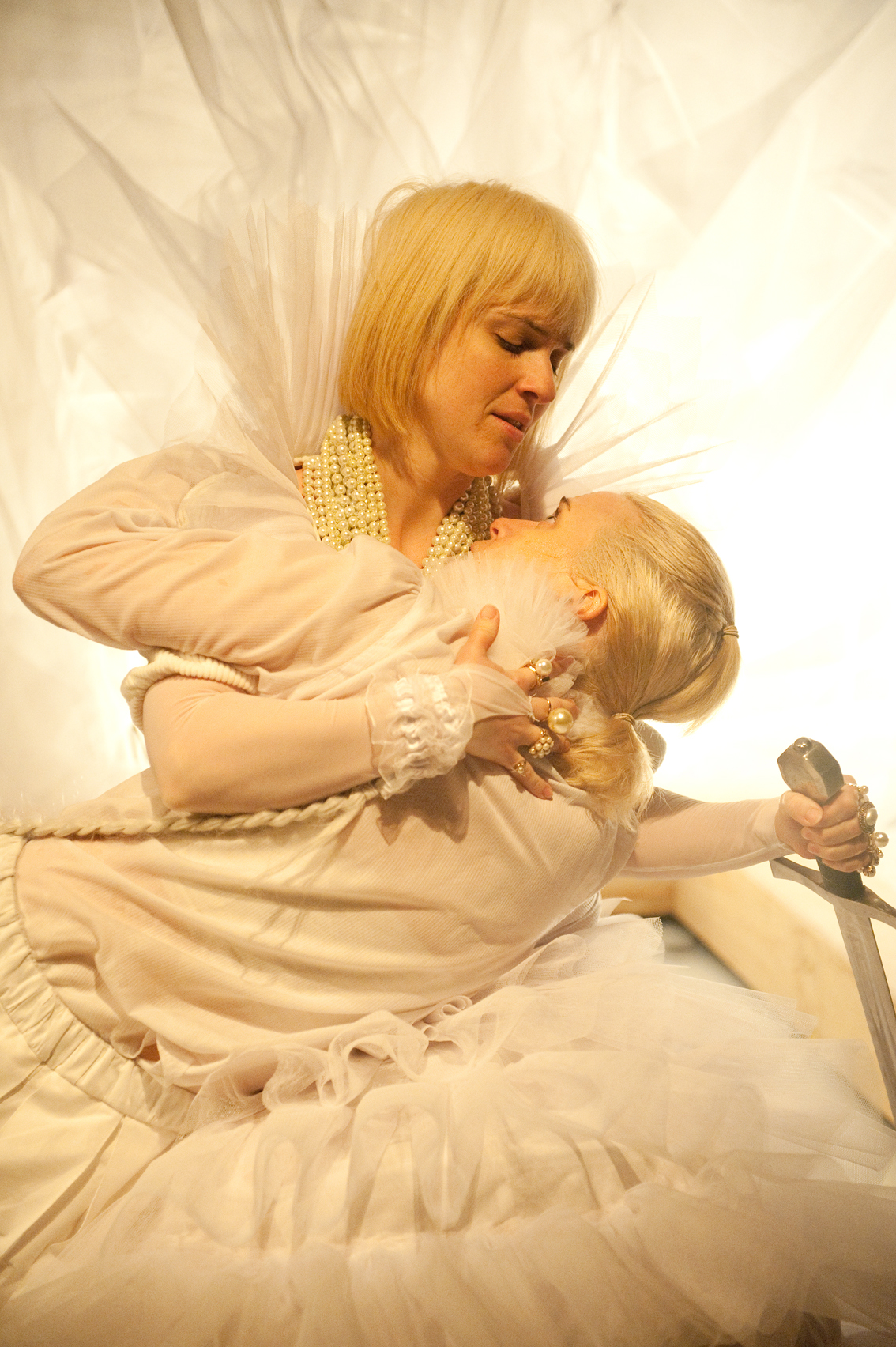 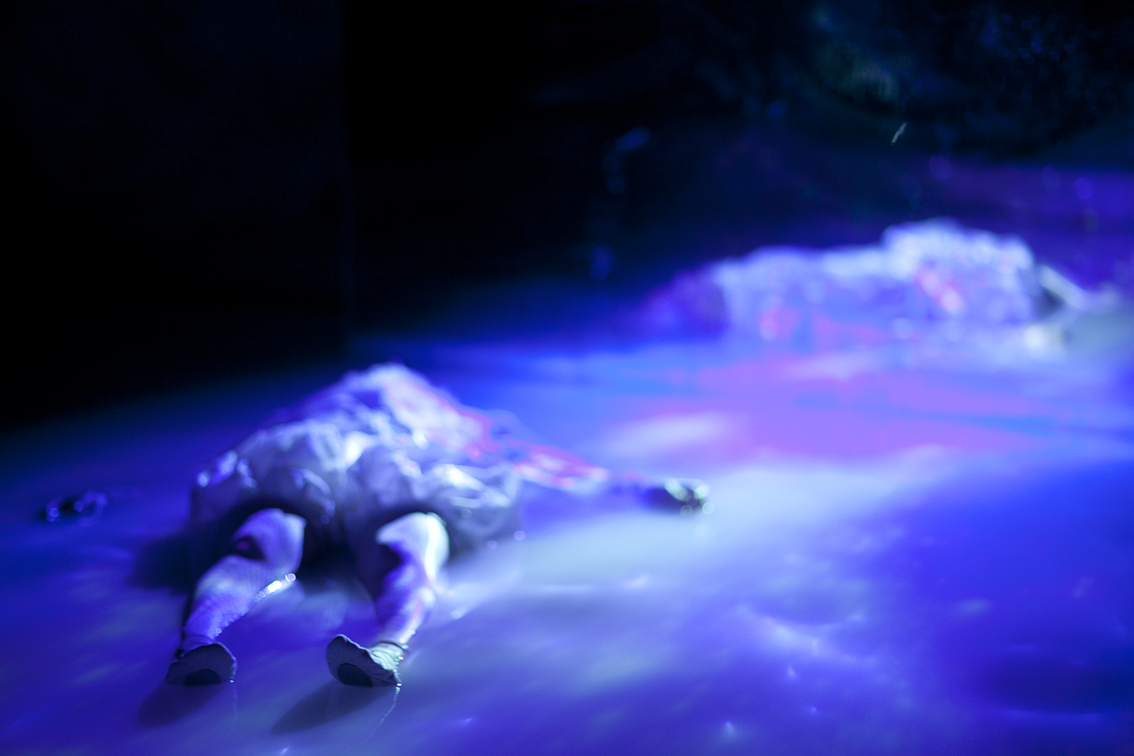 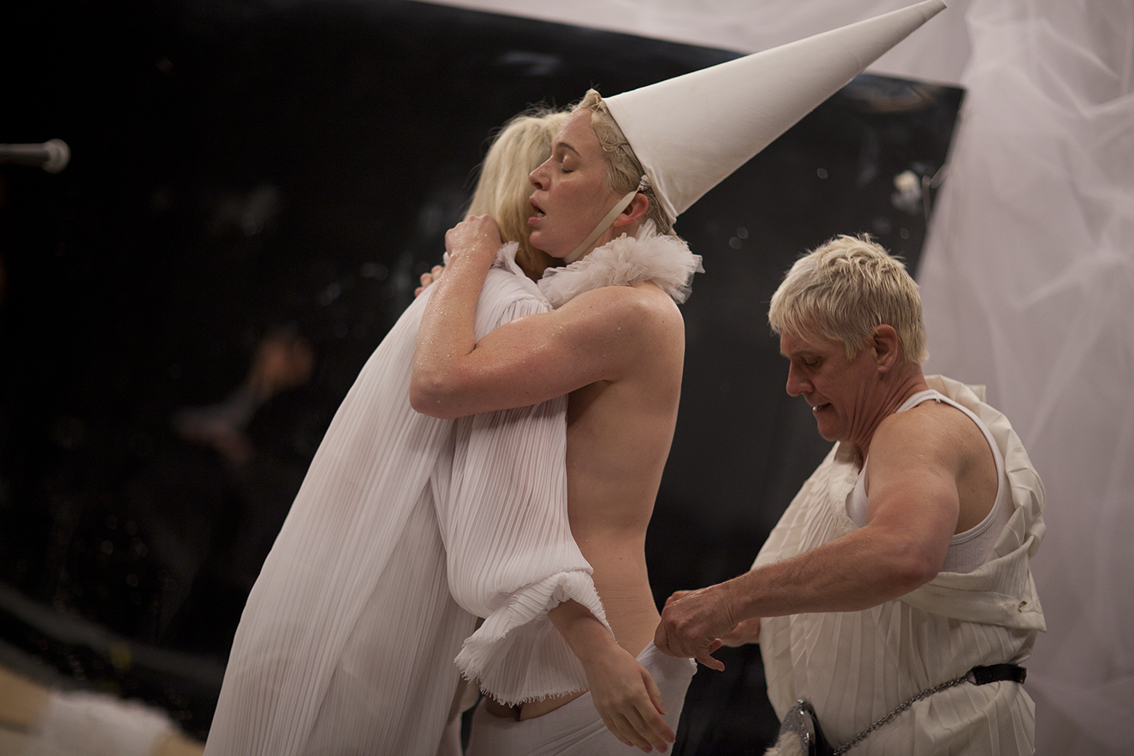 The tale remains the same: the immortal Orlando is a young man, a hedonist and rake, a poet and lover, who awakens one day transformed into a young woman. Inspired by Chopin, astrophysics and the Great Frost of 1709, THE RABBLE have stripped Woolf ’s Orlando down to a stark cosmological painting.

This Orlando drifts through space instead of time, through galaxies instead of centuries, to explore the dark passages of gender, sexuality and fragmented identity. She is opposed by Queen Elizabeth, a shadowy figure who is every lover, husband and wife Orlando has ever had: manly, virginal, mysterious and powerful.

A strange and provocative visual feast, Orlando is THE RABBLE in their element: subversive, restlessly inventive and grotesquely sublime.

12–27 October 2012 | as part of Helium, Malthouse Theatre for Melbourne Festival

Orlando was originally presented as part of Malthouse Theatre’s Helium season in association with Melbourne Festival. The project has been assisted by the Australian Government through the Australia Council for the Arts, its arts funding and advisory body.